Music For Child And Parent

A Parent's Perspective on the Benefits on
Enrolling for the Semester

Here is my experience of the benefits to Ethan and Sammy of long term attendance at music classes.

I have two children, both of whom have attended Jill's music classes from the age of one. The older one spent all his first term crawling around the edges of the room, playing with locks on windows, reluctant to participate in the music class in any way. I despaired of him ever joining in the fun like the other children.

But he was listening, and gradually he became more familiar with the room and the same people who attended each week. As time went on he began to join in more activities, and brought much of the music home with him, singing as he played, making up words to songs he had learned at music class, teaching songs to his younger brother and making up songs of his own.

When he first started preschool, the teachers commented on his ability to remain so focused and attentive for the music classes there. I believe that this was in no small part due to his familiarity with regular group music activities. When he started having music group with twenty children, it was not as big a step for him perhaps, as for other children who had never been part of this kind of experience before. Learning new songs as part of a group, moving to music around a large room with lots of other people in it, playing instruments, following directions, knowing when to start and stop, listening for changes in music, were by this stage, things he was totally comfortable with. When I think back to those early days, I realise what a long way he has come.

Sometimes you see parents who put their child into music class for a term, then pull them out to put them into gym, ballet, then swimming, tennis or any other activities on offer. I can understand where they are coming from. We all want our children to experience the many things that life has to offer, but in the end, what are they really gaining from it all? They don't have the opportunity to really grow and develop in any of these areas if they only get to dip their toe in the water before being moved on to something else.

My younger child is enjoying Jill's music very much, singing at home constantly, very loudly and with great confidence even though he is still quite timid within the class situation. He sometimes recalls parts of songs taught to him by Jill last year – an eternity ago for a child of his age. I feel sure that when he starts preschool, he like his brother, will find the transition a smooth one.

From Deborah
Mother of 2 boys


This article was printed from JillsMusic.com

“I really enjoy the connections that develop through the shared music experience over the long term, between adult-child, child-child and child-teacher.

The journey to independence is a fascinating process as children find their own voice.” ~Jill 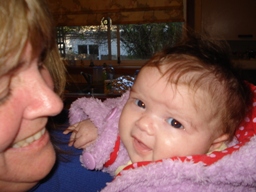 "My two children have participated in the Macquarie University Early Childhood Music Program for 2 - 5 year olds under the expert teaching and guidance of Jill. Jill's multi-talent abilities of singing, playing a variety of instruments and early childhood education make her a very qualified and valued music teacher. My children have flourished under her auspices and really enjoy music in all forms: singing, dancing and playing instruments. I would recommend any child to participate in one of Jill's classes learning rhythm, pitch etc in an environment full of fun and creativity."
~ Kathy
more..

"Jill has taught my daughter as part of the Macquarie University's Institute of Early Childhood's Music Program for Children, both when she was a two year old and four year old. On both occasions, my daughter has found her engaging and fun to have as a music teacher. As a parent and fellow music educator, Jill has a great manner with the children of all ages. Her programs are thorough and interesting, sequential and challenging, yet achievable so as to foster the love, enjoyment and creativity of music. Thanks for a great start to another young person's musical life Jill!"
~ Philippa
more..

Music from Australia and the world