In the Eastern Suburbs Music and children are synonymous with jillsMusic Studios at Woollahra.

Communicative Musicality is the communication with children through music, and ...

" ... It is found that the mother's voice changes its quality in response to the infant's (voice). Narrative combines pulse and quality - it allows two persons to share a sense of passing time - and the musical companionship is examined that is created between a mother and her baby as she chants a nursery rhyme. It is concluded that communicative musicality is vital for companionable parent/infant communication. " Stephen Malloch, University of Western Sydney, Auustralia

At jillsMusic, the sharing with parents at her Woollahra studio, of researched communicative musicality is a cornerstone of jillsMusic.

In a very practical way ...

Where do Families attending jillsMusic come from?

This article was printed from JillsMusic.com

jillsMusic is Online
join from anywhere

“I really enjoy the connections that develop through the shared music experience over the long term, between adult-child, child-child and child-teacher.

The journey to independence is a fascinating process as children find their own voice.” ~Jill 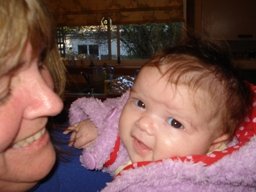 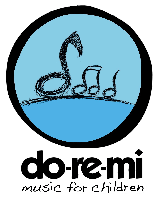 "My two children have participated in the Macquarie University Early Childhood Music Program for 2 - 5 year olds under the expert teaching and guidance of Jill. Jill's multi-talent abilities of singing, playing a variety of instruments and early childhood education make her a very qualified and valued music teacher. My children have flourished under her auspices and really enjoy music in all forms: singing, dancing and playing instruments. I would recommend any child to participate in one of Jill's classes learning rhythm, pitch etc in an environment full of fun and creativity."
~ Kathy
more..

"Jill has taught my daughter as part of the Macquarie University's Institute of Early Childhood's Music Program for Children, both when she was a two year old and four year old. On both occasions, my daughter has found her engaging and fun to have as a music teacher. As a parent and fellow music educator, Jill has a great manner with the children of all ages. Her programs are thorough and interesting, sequential and challenging, yet achievable so as to foster the love, enjoyment and creativity of music. Thanks for a great start to another young person's musical life Jill!"
~ Philippa
more..

jillsMusic from Australia and the world

Page protected by COPYSCAPE Do Not Copy -